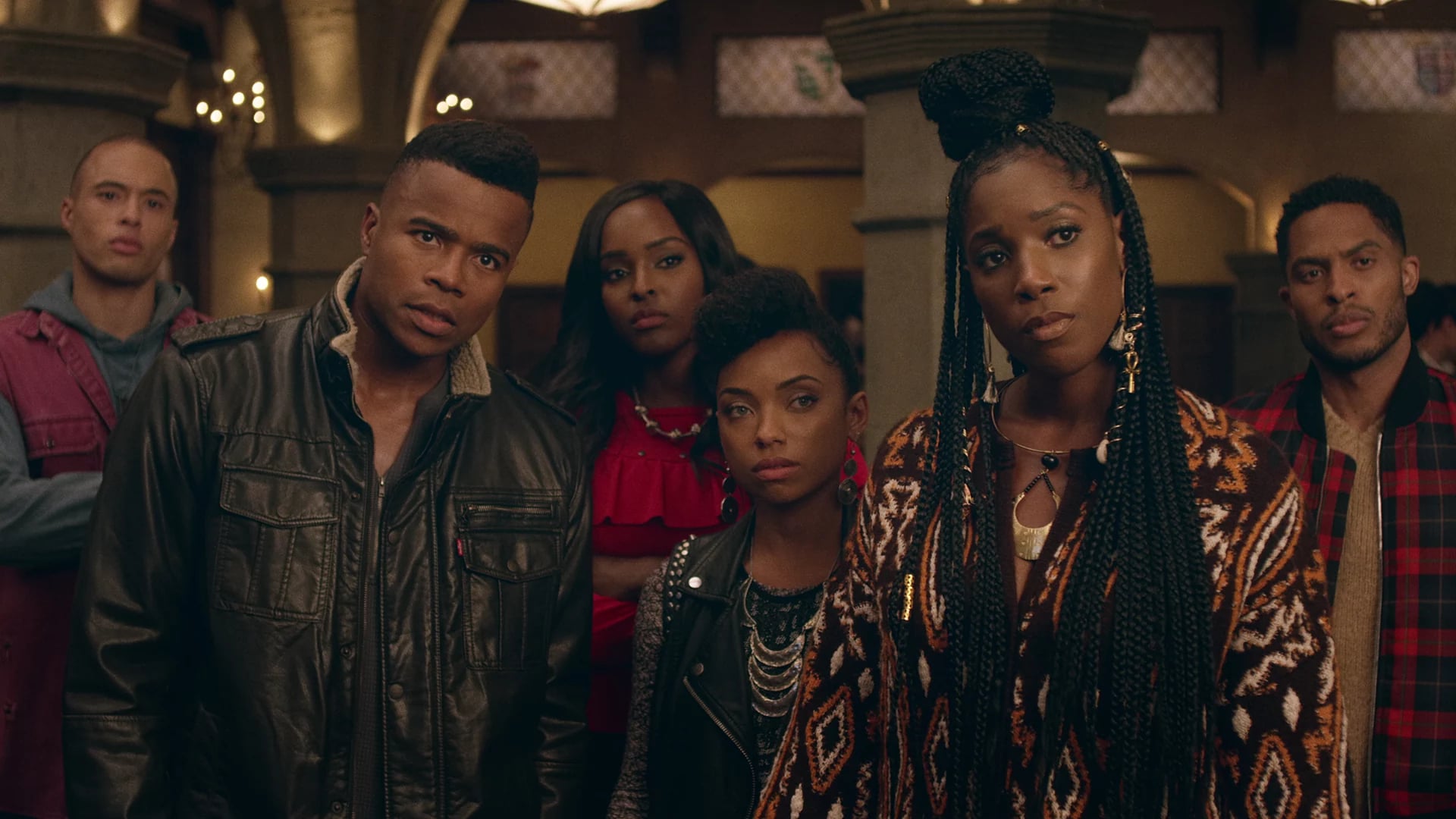 There are spoilers in this review!

We’re back at Winchester University and very little time has passed since season one. It’s been two weeks in canon. But a lot of things have changed in only one year since season 1 has changed. This show is very, very aware of the serious social issues going on, and it already was aware last year, but it’s like they had to step up their game times ten for this season. They took on right wing trolls, long lasting PTSD, further violence against POC, and interestingly deconstructed their main characters while allowing them to be both unlikable and relatable at the same time. Specifically Sam, but I am really getting ahead of myself on that one, more on her journey in the next part. I am going to note of course that I am white and I am trying to respond to these storylines from my perspective, but I really do recommend people read about it from POC. They are much more accurately able to talk about what this show means and if it is successfully talking to them. All I can do is talk about the issues it brings up from my POV and what feels like successes or didn’t work for me. So that’s the disclaimer!

This season starts out with Sam getting obsessed with a right wing troll who is sending her hateful tweets. Instead of not feeding the trolls, she jumps back into it. See Sam feels a little guilty for what happened at the end of season one, or rather she’s emotionally vulnerable and people are blaming her for the escalation of violence. She’s having trouble finding things to say for Dear White People, and they’re all adjusting to white students being added into the traditionally black dorms. Their dorm burned down. Sam really struggles this season between being that force of nature and symbol everyone sees her as, and who she might be as an actual human being. She’s not made of stone. She is in genuine pain when the troll brings up her mixed race, and she reacts poorly to her beloved white father when he tries to talk to her about things. She’s still dealing with her break up with Gabe, and the fact he’s now interviewing all her friends for a documentary called “Am I Racist?” She’s asked Joelle to join her on Dear White People, but she consistently talks over her, which is a relationship issue delved more deeply into later.

So episode 1 sets up the following: Who is the right wing troll AltIvy bothering Sam? The answer may surprise you. Sam is getting a close deconstruction of who she is and what she really wants, and a flawed protagonist is kind of my jam so I was there for it. After dealing with the sadness of how the troll messed with her, she takes a deep breath and jumps right back into Dear White People.

This is followed up by Reggie’s episode, and he’s still coping with his PTSD about the cop who pulled a gun on him. This is still terrifying him and he’s having sleepless nights and flashbacks. Troy’s father offers sincere advice and guidance. Reggie’s therapy does nothing for him, and he’s infuriated the cop is still vaguely on campus and hasn’t suffered any active consequences so far. Reggie seems to be moving on from the Sam issue fairly well though, he doesn’t linger on it much, although the show does bring up their brief one night and also his past crush on her. He’s much more focused on if he can get past what happened to him. For a time he gives in to Troy’s pushing to just have a bunch of senseless sex and get high and drunk. It doesn’t help him either. It was nice to see him and Troy being friends, and we’ll get to Troy’s storyline later, I really dug him and what they did with him. Reggie’s struggling with how he can find a voice for himself, and he picks to do it through Gabe’s documentary. Seriously I really enjoy how this season lets everyone build really great relationships with other characters, they’re not all built around Sam, which is better for an ensemble. Even Gabe is having good storylines with Reggie and Joelle!

Now over to Lionel! I was disappointed because last season him and Silvio kissing made me flail, I low key shipped them all season, and I thought maybe they’d deal with it here. And they did! Just sort of subverting those expectations by having them almost go on a date, but Silvio’s clearly distracted and dealing with things that don’t make him a feasible partner for the sweet Lionel. Lionel spends his episode basically trying to chase after Silvio and getting sick of it, although he is sorry slightly his actions led to the paper being taken away from Silvio. But he has a solution: make their own paper! I love his little journalistic soul. He also has a deep interest in conspiracy theories and secret organizations which will matter a lot by the end of the season. He does meet a genuinely nice young man at one of the parties. Troy goes along with him for the evening trying to give him advice. I’ve always enjoyed their friendship.

Coco though. Coco. My favorite. She is an incredibly well done and layered character and I was rooting for her so hard in season one. Season two did not disappoint with her either. Coco’s in her element, making friends with the new white students and making a move to take over as leader now that Troy’s lost focus. In the midst of this she realizes that she accidentally got pregnant by him, and she has some serious choices to make. She bonds with Kelsey, who up until this point was just a comedic side character, and she still is funny. But she’s also sincere and sweet and permanently upbeat. She’s also a lesbian and brutally hilarious about how narcissistic Coco is. But lovable still! Coco thinks about what she wants for her future, especially since she comes from a family where people have made different choices and never got to where she is. She decides to have an abortion, although they give us a heartbreaking look at what life would’ve been like if she did have the child instead. Ugh. Excellent writing and acting.

The fifth episode belonged to Joelle which made me happy, because she’s always been more of a supporting character than a lead. Which enjoyably is all about her character! She feels second place and the afterthought because of Sam’s shining star. We touched on it a little bit last season, especially how she had a crush on Reggie who loved Sam, but it’s in full force this season and I dig it. Joelle used to be the shining star so she’s not sure how she got in a position where she’s second best now to someone else. It’s a complicated relationship, when you love someone and they’re your best friend, but you’re also envious of who they are and the respect they get. She meets a handsome man, her rival in a medical course, and there are some small hints he’s not as great as she’s hoping for. He gives her respect and attention, but he’s also a hotep. I had to look up this word! Here’s the urban dictionary. He disrespects Sam for being half white, he’s openly homophobic, and he wants to control Joelle and all blackness around him. Yikes. Reggie punches him, which leads AltIvy to immediately tweet about it, meaning it’s coming from inside the room! Eeeek! This does indicate Reggie’s growing affection for Joelle, and I was like yes, please give this amazing woman everything she deserves. She’s such a great character.

So basically, this season is taking the premise and the sketched out characters and now digging deeply into them. It’s allowing them to be seen in bad lights. It’s allowing them to be vulnerable, to be honest with themselves and their loved ones, and there’s a lot of murky gray area in this storyline that I love. I feel like if season one was the freshman year, this is sophomore, where you’re a little more settled in but starting to have growing pains and leaning toward the paths you’ll take for good in junior year. So overall, I love what they’re throwing out there. Continue reading for episodes 6-10, when shit really hits the fan and the show succeeds in making me deeply ugly cry.