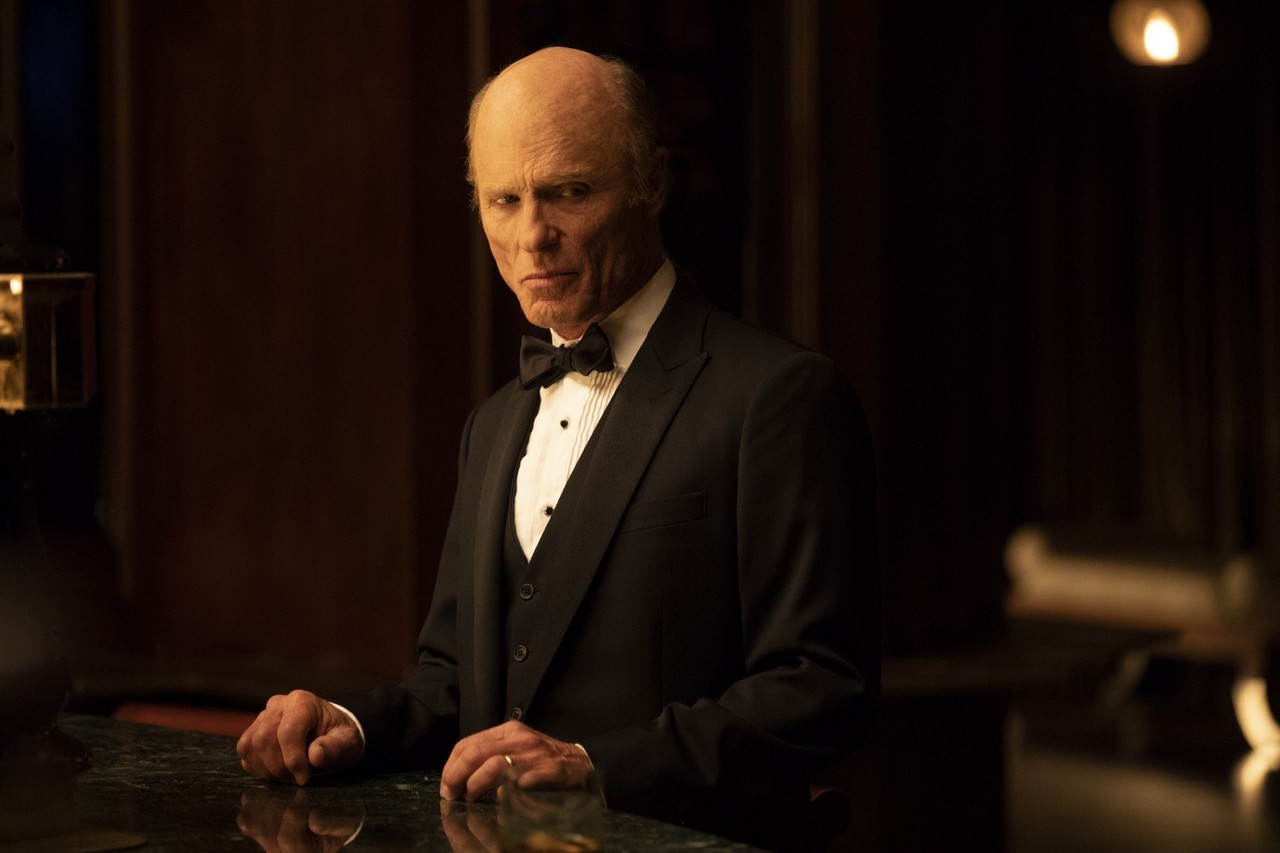 One of the things that I always find fascinating about Westworld is when I watch an episode and feel/think a certain way, and then I go to the hashtag on twitter and tumblr and see people perceiving the same episode completely different. For instance, a lot of people say they think William is definitely a host now, whereas I thought it was more obvious than ever he’s not. Some people think Emily’s not dead, I am pretty sure she is, but eventually we’ll figure out the truths here. ONE MORE EPISODE TO GO. I have some speculating to do about the end of this season below. First. Previously on Westworld, William’s daughter Emily grabbed him from the Ghost Nation. Dolores turned Teddy into a psycho. The Ghost Nation want to stop Dolores as she’s the deathbringer. Maeve has been taken in by Delos and they know she can control code now. Ford left himself in the Cradle and he’s now infecting Bernard and working through him. We know eventually a bunch of the park floods, and we’re almost hitting that point probably next week. 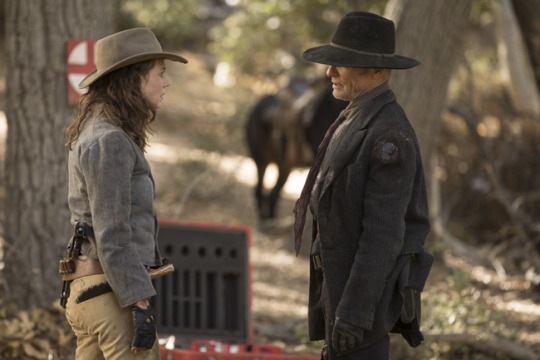 It only makes sense to start with the main storyline, and that’s William and his daughter. As my friend John can tell you, when he put the gun to his head all I could do was chant do it do it do it. William is an excellent villain, but in my opinion, his story arc is done. It was a really solid one, but there are few things I dislike more in stories than a villain who sticks around too long. And this episode definitely keeps it clear he is a villain. He acknowledges to his wife that he’s dark and twisted on the inside and he tried to be good with her and the outside world, but he’s been faking it because he’s evil to his core. It’s interesting when I see people say that they think the show is trying to give him a redemption arc, because all this episode did was confirm that his mental profile from Ford is ‘this dude is bad news.’ Then his paranoia and obsession led him to murder his own kid, so there’s that. Too bad, because Emily was becoming pretty interesting, although a lot of people think she’s still alive and maybe she is. I think it’d be too easy for her to be a host too, but I wouldn’t mind seeing more from her if she did come back. Emily uses him to get answers about how they get all the info on the hosts, through the hats apparently (but what about the other parks?) and she admits she doesn’t want to bond. She plans on taking him down and proving all the terrible shit he’s been doing. When he realizes that she had his personality card, that his wife got it before she killed herself, he is like wow I killed my only child and family left. He almost commits suicide (DO IT DO IT) but chooses not to. I really hope he isn’t long for this world. It’s been a good arc, but the sun is setting on his story.

Shout out to Sela Ward who plays Juliet Delos, an incredibly perceptive and tragic woman. I’m not saying all her decisions or behaviors are due to her evil husband, but a lifetime of being gaslit by someone you see right through can be pretty rough. 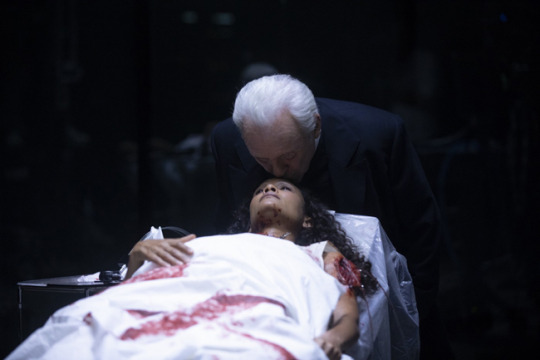 Over to Maeve. Charlotte and her engineer have managed to figure out how Maeve’s mind control works and gives Clementine the same power. She causes hosts to lost their minds and murder each other. Meanwhile Ford uses Bernard to go see Maeve and leave her with a message, and while he does try to get Bernard to murder Elsie, swearing she’d turn on him, Bernard is trying to exercise SOME control over his life. He’s still not fully self-aware himself, poor thing. I love you Bernard. He pushes Elsie away because he knows Ford will try to make him kill her, and he tries to delete Ford from the programming. He heads off to the Forge, where the knowledge of all the guests is stored. That is where Dolores is headed too, and William, as he’s still alive, so that’s all coming to a head eventually. Ford and Maeve share a moment in her head where he confesses that it was him who tried to get her to leave the park, to protect her, and she’s always been his favorite. But she chose to stay and he wanted to stay to protect his children, the hosts, too. Answer given about who sent Maeve out, huzzah! I think this is very believable, that Maeve would be Ford’s favorite, considering here cynicism masking true emotion. It’s interesting that Arnold’s daughter is going the Magneto route, since he was portrayed as kind and gentle, and Ford’s daughter is more benevolent, since he’s vicious. Speaking of Arnold’s daughter.

Dolores and Teddy face off with members of the Ghost Nation, although it is not Ake which GOOD because I could not handle losing him right now. The Ghost Nation unfortunately seem to think the world outside is very nice, and we know it is not. It’s not some paradise, that’s for sure. They do kill most of them, although Teddy allows Ake’s right hand man to escape. Teddy explains to Dolores that he loves her, but that he’s loved her even before they were programmed. He’s fully aware now. He remembers being woken up as a host and seeing her first thing. She’s changed him and warped their love, and he can’t actually harm her. It’s not about programming, it’s that his devotion to her is all-encompassing. He’ll protect her until the day he dies. And he’s chosen to die instead of following her on the destructive path. Teddy shoots himself in the head, and Dolores breaks apart. No doubt she’ll wonder if she had just left him alone, if he would’ve made it. It’s very sad that Teddy’s only true choice in this entire story is to take himself out of it, but it really rings true to the character. I’m sad to see James Marsden go, although he might pop up a few times still.

So what’s next? We see from the preview that Bernard and Dolores make it to the Forge, because we see them talking to Logan, who is no doubt within the Forge. William catches up to them at some point. The valley gets flooded. But I can’t imagine a third season with them stuck in the park, it feels like the only way to continue this show is if they escape and have to deal with the real world. Otherwise it feels regressive. But I am very excited to see what they go with. I maintain that William is not a host and I do think Emily is dead, but we’ll see if I’m very wrong about that. And what is Ford’s end game? What powers did he give to Maeve in his final kiss to her? What is Dolores going to do with all that information?  WE WILL SEE.