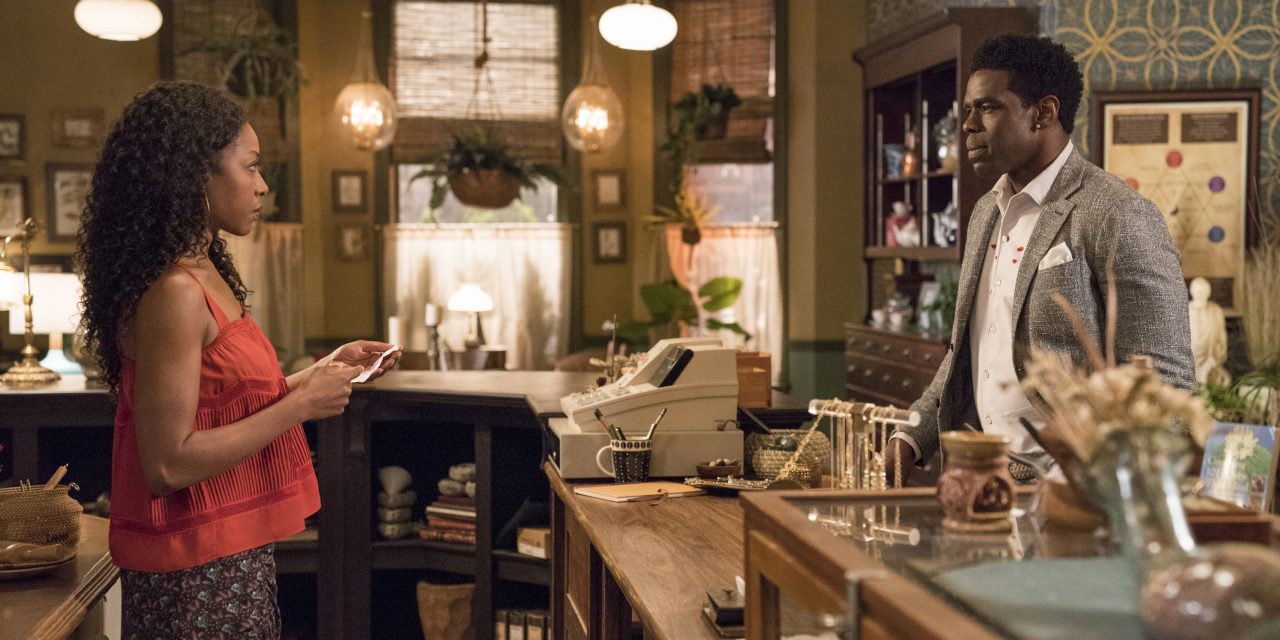 Hmmm I have an idea of where they’re headed with this season. They’re leaning toward Luke facing his dark side, and that’s a pretty common staple within superhero narratives and, you know, in general narratives when it comes to super powered people. How dark can they go before they pull themselves back and remember to be a hero? Luke’s generally been a very centered and good guy, but his anger is getting the best of him now. I’m not really a believer that all characters need to have a dark side to be interesting, but we’ll see how they handle it. Anyway. Previously on Luke Cage, he’s now become a famous superhero and Harlem loves him. Mariah is trying to sell her gang organization so she can step away and start a crime-free life, with her lover Shades. Claire and Luke are together, but she’s starting to worry a little about what being Harlem’s Hero is doing to him. Misty is struggling to deal with the loss of her arm and how to come back to work with her new handicap. There are a lot more gang people this season, some of whom are really blending together for me, but the important one is John “Bushmaster” McIver because he is this season’s big bad. He has powers too, being shot multiple times and surviving it. He’s a major villain in the comics but I don’t think his background will be the same here.

Bushmaster visits Tilda Johnson, a holistic doctor, to get certain herbs to augment the power of nightshade. See. He’s apparently using that to give him powers? Comic magic. I was startled to hear the name Tilda Johnson because I didn’t know much about this season beforehand, and she’s also a major villain in the comics known as Nightshade. So I’m immediately on alert about her. In this show, her mother is Mariah! Nice, great connection. Mariah approaches her later to try and reconcile, because her campaign manager says she has to find a way to get the Harlem people to trust her again. It will look good if her daughter reconciles with her. She’s a master manipulator so she manages to get in good with Tilda carefully. Gang master El Rey was jailed last week and he’s one of the buyers of Mariah’s gun empire, so she can get out of the business, but Shades gets set off by him when he insults Mariah and kills him. Whoooops. Talk about a berserk button! 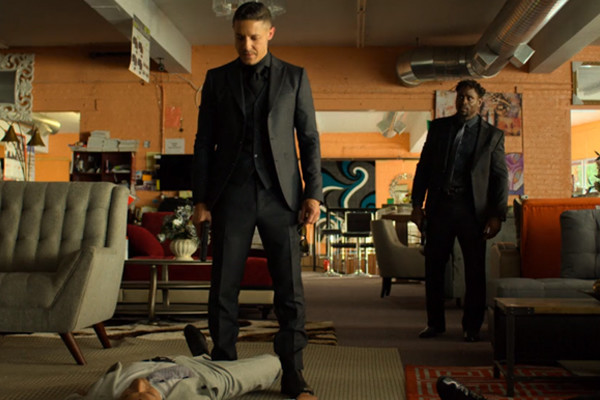 Jumping over to Misty, she’s comes back to “light duty” where they’re basically letting her back in with some caveats while everyone adjusts, and she’s not supposed to take active part in leads. She is dealing with the negativity/awkwardness of the office due to her injury. There’s a new detective kind of taking her place, a former rival, who rudely informs her of the office not being comfortable with her. She addresses them directly about it. But she also goes beyond her orders because she doesn’t like being on the sidelines, and directs Luke to Cockroach, one of the other gang members and people who want to buy Mariah out. Cockroach actually manages to injure Luke a little, which startles him and concerns Claire deeply. They go into bad conflict with each other, because she’s concerned but also not altogether very pleased with his rising violence. I’m not sure I like his attitude toward Claire right now, acting like any of her thoughts on the matter are unwelcome because they’re not completely supportive. Do not like. He’s also dealing with his emotions about his father being back around and not liking that.

For some reason this season is not hooking for me quite yet. I think it again has to deal with the lack of a very strong villain. Bushmaster might be intimidating eventually, I do believe that, but we don’t know his motivations well. I know we all have a strong love for Cottonmouth as a villain (not as a person necessarily), and he was engaging from day one. I still think Mariah is an excellent villain, and her partnership with Shades continues to be interesting. I assume this is not going to go well for her; no one gets out of being a criminal that easy! Claire and Luke seem headed toward a break up, and the way their scenes are going I think I’m okay with it. I do like them, but I’m not liking their back and forth currently. I’m not sure Luke knows what to do with all these crime lords or how to stop them, which I understand because he’s not really in the midst of it. He can keep punching his way through things, but that might not fix the overall issue, so I’m looking forward to how they handle that. Misty is a delight, I really appreciate all they’re doing with addressing her new way of life and how she’s adjusting. Thumbs up to her. It should be stated that the acting is superb in this season, even if I’m sort of iffy on the plot currently. I’m hoping it takes off soon.