I spend a lot of my free time playing video games. I’ve been a gamer as far back as I can remember. I have a list right now of all the games I want to play, and it’s very long, but of course I stopped everything to play Uncharted: The Lost Legacy. Uncharted is the reason I bought Playstations, which is funny considering now I’m practically exclusive to the PS4. When I started game one I was blown away by the fighting, by the characters, by the stunning visuals. And then Uncharted 2 swept in bigger and more beautiful than ever before. I still maintain 2 is the best of the entire group, but that’s like saying “this painting by Leonardo da Vinci is probably the best for me.” They’re all good. I was not as pleased with Uncharted 4 because of the introduction of a character that would also make me curl my lip at The Lost Legacy, but more on that later. I never thought that Chloe Frazer and Nadine Ross would have their own adventure, but the more I heard about it, the more I was SIGN ME UP. I started the game as soon as it arrived. It surpassed my expectations and then some.

Chloe was introduced in Uncharted 2 as an ex (and kind of current) of Nate Drake. She’s smart, badass, an adventurer, and an adrenaline junkie much like him. They shared the sarcasm and humor in the face of bleakness, but she always had a slightly darker streak than him. It could be because she’s lacked the kind of partnership and support that Nate had in Sully and Elena. That isn’t the case now. Chloe taps into Nadine, the part villain in Uncharted 4, to help be the muscle to her brain in searching for an Indian artifact. The two start out with hostility but at least a portion of professional respect right away. They are looking for a priceless jeweled tusk of Ganesh, and hunted at the same time by creepier and crazier villain Asav. They throw themselves into the job and the adventure, finding different ancient temples and doing puzzles, while also fighting insurgents in the area. Chloe’s father was Indian so she has a personal connection to the area and to these treasures, and he’s the reason she became a treasure hunter in the first place.

What I really liked about the characters separately and together is they don’t shy away from the darkest part of themselves. These are complicated women. Nadine was a bad guy for crying out loud the last game. But we get context of their background and how they became who they are. We also have a believable journey of two women who don’t know each other well becoming close friends. Their “break up” is over Sam Drake, who was by far the worst thing about Uncharted 4. I hate his manipulative trash bag of a self, so when he showed up in this game I went Nooooo why. It’s revealed Chloe was working with him first but he’s been captured, so she needed Nadine’s help. Nadine has zero interest in helping the Drakes, so she’s upset, but she’s mostly upset that Chloe lied to her. You can understand why, especially since they didn’t know each other at first, but as they bonded and grew closer Chloe grew guilt at knowing that deceit would cost her. The ladies make up and save Sam, who is useless and not necessary to this story, and they realize Asav plans on blowing up the capital city nearby with all the innocents inside of it. He’s enjoying the “cleansing” and the horrors happening to the people caught in this apparently permanent war loop. What a dbag.

This is when Chloe shows her Big Damn Hero moment. I knew it was coming, and it was a great build up over the course of the game. She was always good at heart, we did know that, but this was still a big moment for her. She’d shown before this she believes in a sort of selfish mindset, but everything seemed to click into place when she realized what she’d have to stand by and watch. Sam’s like ehhhhh we have the tusk. What a douche. To be fair, Nadine’s also like ehhhh not worth dying over too. But Chloe goes nope. I’m not standing here. I am going to chase that train with the explosives and save the day. Which led to yet another badass train scene in Uncharted. They really love trains. I had a blast with that section, between jumping onto nearby villain cars and killing my way through the top and inside of the train. The ladies kick the hell out of Asav and defeat him, and they win the day, yay! In the aftermath, they agree to be partners going forward. I just hope this doesn’t mean Sam is involved, Nadine does make it clear she means her and Chloe and not him, but please game developers, do not make me have to put up with him. If they do an Uncharted game with him as the lead, I will not buy that game.

What this game left me with was the desire to see more adventures of these two ladies. It was wonderful to see two WOC be badasses, but to also grow a beautiful friendship along the way. They’re very different on paper, but they found a lot of common ground too. I loved how they allowed these characters to be tough and also vulnerable. They shared their past pain, from Chloe’s father to Nadine’s reasons for getting into a villain group. It is believable that these women would find kin spirits in one another. Obviously there’s a lot of fandom obsessed with the idea that they are in love too, and I can see that. I would love a romance between the two; it wouldn’t be the first time two mains in Uncharted fell in love (Nate and Elena duh). Frankly I’m happy about their relationship either way. The writers did an excellent job making me buy their growth together and separate. Well done. They took a chance on two side characters having a game (albeit a shorter one) on their own, and it paid off. The game received very positive reviews, and I’ve seen many people call out for another one starring these characters. I am all in.

One thing I definitely have to mention before I end the review is the visual beauty of this. I mean. Wow. Wow wow wow. How in the world do they keep stunning me all over again with their incredible set pieces and motion capture? The expression on the characters’ faces, fantastic. There are subtle moments and subtle details to their clothing that would take a keen and detailed eye to catch. They did a great job letting you admire the landscape by pausing on it during cut scenes. They loved the area they were setting this in, that much was clear. Someone who wrote the story must have been passionate about Indian history themselves. It was so fun to see such a heavy focus on that area and those stories, which I don’t see often enough in media. I don’t think I can say enough about how gorgeous this game is, so here are some pictures to prove it. 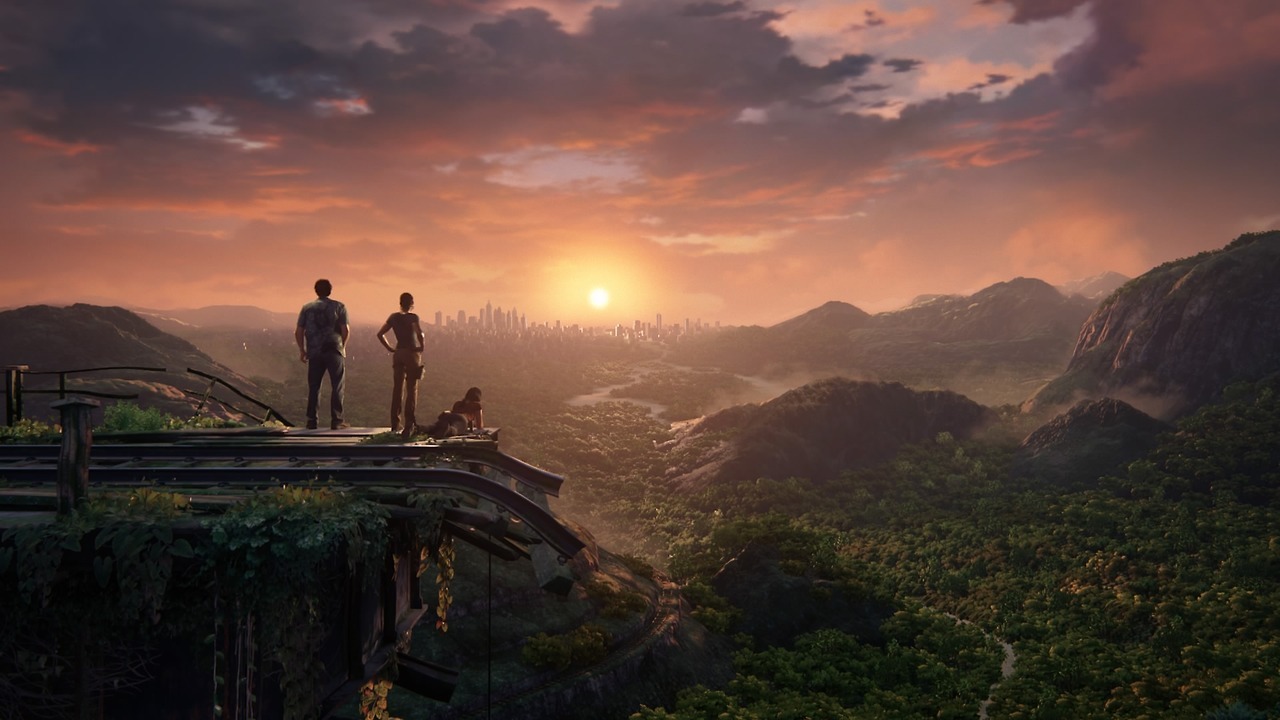 In summation: play this game. Support it. Tell everyone about it. If you do, we might get a new one, and that would be marvelous. The script is hilarious and interesting, the characters are developed beautifully and their partnership is everything, and the visuals will leave you slack jawed at times. The combat and controls are very easy. And you get to be with these adorable sinnamon rolls.