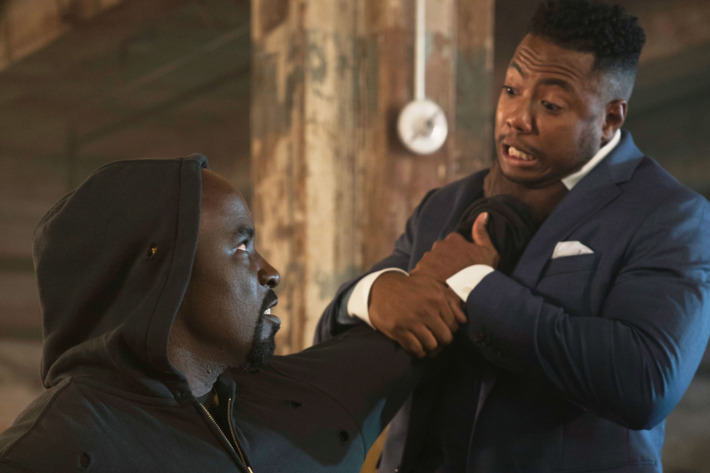 This episode finally got me to buy in. I’d been treading water a little with the past few episodes, but this one was better paced and had great story and by the end I couldn’t wait to continue. So yay! Previously on Luke Cage, Luke got served with a lawsuit. He’s having a bad few days since Claire left him, he’s alone in the barber shop, and he got his ass kicked by Bushmaster. Mariah is out of the business … ish. She wants to be, and she wants to focus on philanthropy again. She’s making some headway with her daughter Tilda, who she is kind of just using for publicity anyway. Shades doesn’t know his best friend Darius is working with the cops. Bushmaster is planning something but we don’t know what. A fella named Piranha is handling all of Mariah’s money. Misty finally got her robotic arm, which us fans have been waiting for! 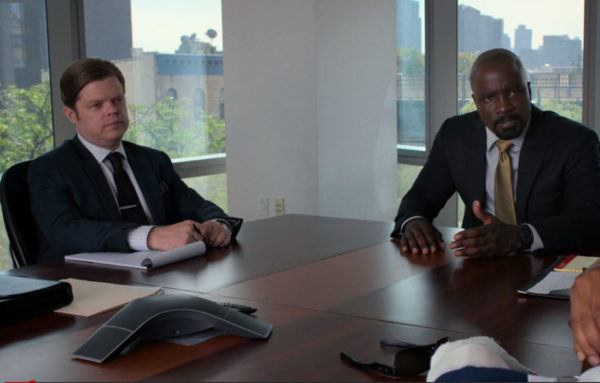 Cockroach is the one suing Luke for how brutal he was earlier. Foggy shows up (FOGGY!!!!) to represent him, and he warns Luke he should probably settle instead of going to court. Luke loses his temper which is exactly why it’s better for him to try to make this go away. He agrees to work for Piranha, a huge fanboy, in exchange for enough money to pay the law suit. All those deals people were offering him before are gone now that Bushmaster beat him, so this was his only option. He’s not excited about being Piranha’s trophy at his club, where he signs autographs and acts as sort of a body guard. Whatever, Luke, it’s good money and it’s a job at least. I don’t know why Luke’s attitude is irritating me so much this season, but it is. It’s not like we’ve seen him try to get any other job. Although I agree that Piranha goes too far in wanting to shoot Luke as a demonstration. It’s during this event that it gets attacked by Bushmaster’s people, and Luke isn’t sure why, but he helps Piranha escape. He also mentions ‘hero for hire’ and that made me grin. Yaaaaaay! He said the thing. Shades is there too and looks genuinely surprised at the attack. Ruh roh. 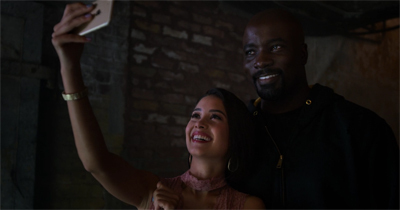 One of their friends Ray Ray has gone up missing, something Darius is concerned about. Mariah’s showing off her new Family First building in Harlem that she hopes will gain her some clout again, and asks Tilda to be a part of it, but she’s skeptical of her mother becoming a better person. Mariah admits to a lot of things after confrontation, and Tilda is on the fence about helping her. She’s tired of being any part of their huge criminal background, even if her mother did try to get out. Misty considers going dirty cop and planting evidence on Cockroach to protect Luke, like her former dirty cop partnere, but in doing so she finds Cockroach is already dead and his head is missing. Where is his head? At Mariah’s building which she opens proudly to see his head, Ray Ray, and Mike Higgins (I forgot who he is but that’s the name) on sticks where everyone can see. YIKES. I legit gasped, well played, Bushmaster. Way to freak everyone out and get back at Mariah. So now Luke is stuck trying to save Piranha and he doesn’t know why. Dum dum Duuuuuuum.